If you happen, for some reason, to find yourself in Houston Texas, make your way to the Heights neighbourhood. Once you get there, drive up to the corner of 19th and Yale street and stop off at Down House. Although they actually specialise in what they call “competition-level coffee and locally sourced cuisine”, I was there for, you guessed it, a hot chocolate.

I liked DownHouse as soon as I walked through the doors.  If they are free, grab a seat at one of the two large, comfy black sofas near the entrance, a perfect place to cosy up with a good hot chocolate.

The menu shows that there is a strong focus on selling local produce and drinks here. The hot chocolate, ’12 oz of dark ghiradelli chocolate’ was not so local which is unfortunate. It was good though, nothing spectacular (although the designs on the top were quite expertly made). My main complaint was that the hot chocolate just wasn’t that hot. When it isn’t hot enough you just end up drinking it faster, and before you know it it is all gone and then you either need to leave or order something else (maybe they do that on purpose…good business technique).

But I don’t think it much matters what you order here, it is worth it just for the feel of the place.

The bill is delivered inside the pages of a book about Charles Darwin’s life. Down House is the name of the home of Charles Darwin and his family in the UK. Apparently it was in his house and its garden that Darwin worked on his theories of evolution by natural selection. This explains why the walls at Down House coffee shop in Houston Texas are covered in prints of plants as well as a wall of old pictures of the original Down House in the UK (which in case you wondered, bears no resemblance to the one in Houston). 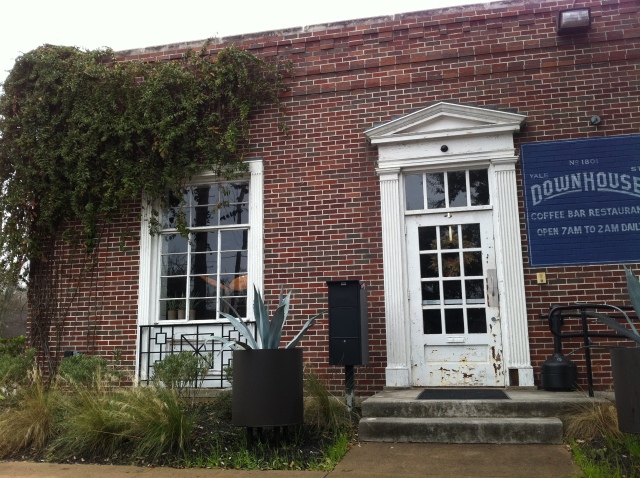 Verdict : I’m willing to go back over and over again for the atmosphere and decor even though the hot chocolate itself isn’t as good as it could be. They also have a good food menu and lots of interesting beers and cocktails.

A bit about me…

My name is Giselle and I am a world traveller, and wherever I go I always test out the local hot chocolate. Even better if it has a sustainability focus to it. So here is my blog about travel, cafes, and of course the search for the ultimate hot chocolate. Enjoy!

48 cities in 13 countries so far…click below for the full list.

Do you have a favourite hot chocolate? Are you a cafe/restaurant with a fantastic hot chocolate you would like me to come and taste? Email me at ultimatehotchocolate@gmail.com